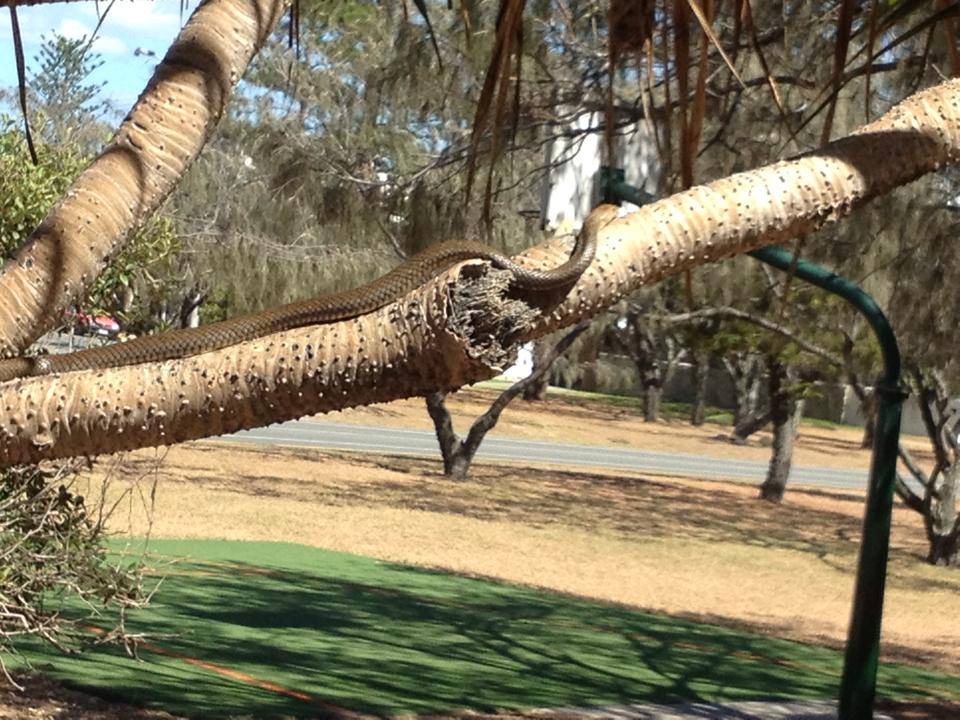 There’s a common misconception that Australian venomous snakes don’t climb-this is simply untrue. Snakes are evolved to operate in certain environments through many thousands of generations, but they are well equipped to move when and where they need to. Though the Eastern Brown Snake is not known for climbing, they will go right up trees or buildings if food or shelter looks promising.

This individual was a couple of metres up a tree at Kawana on the Sunshine Coast. We sometimes find other species such as Red Bellied Black Snakes climbing up water pipes or on top of car ports.

The Eastern Brown Snake is a commonly encountered venomous species, found throughout the Brisbane region.

← Shelter for a Brown Tree Snake Female and Hatchlings →