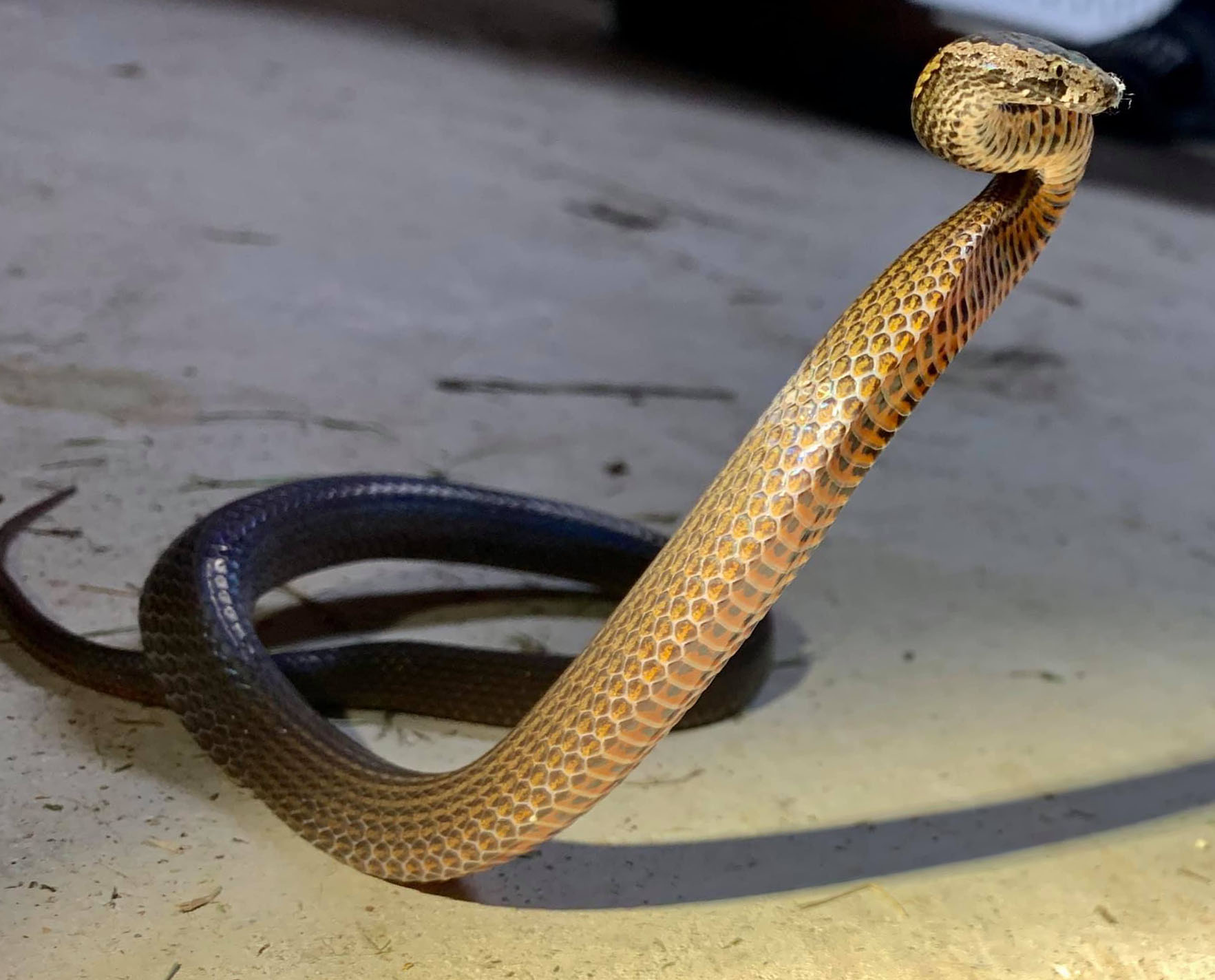 This Golden Crowned Snake is showing off the typical defensive pose of this species. They are usually all bluff, but this mildly venomous species will rise up in order to ward off potential predators.

There are several species of Crowned Snake that occur within the Brisbane region. These include the White Crowned, Dwarf Crowned and Golden Crowned. They feed upon small lizards and their eggs, as well frogs and are usually nocturnal.

This one was removed from an Underwood residence by our snake catcher Bryce.