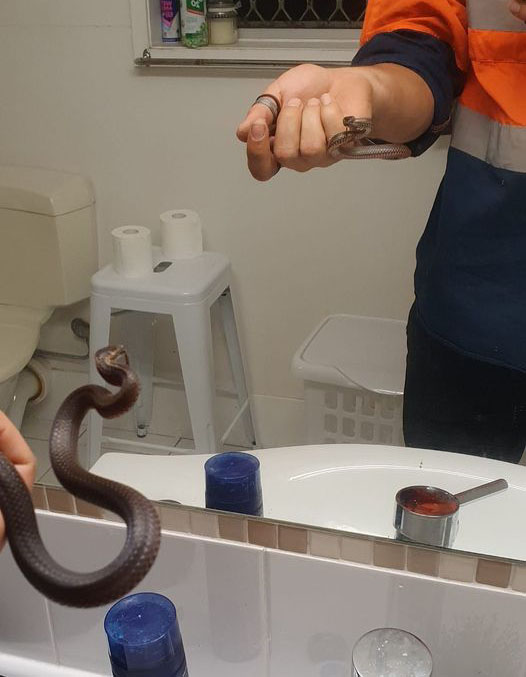 Golden Crowned Snake was found in a client’s bathroom in Jamboree Heights recently. Our catcher Jaedon scooped up the snake and it seemed interested in its own reflection in the mirror! This mildly venomous species is well known to raising its body up in a defensive pose to make itself look larger.

There are several species of Crown Snake that occur within the Brisbane region. These include the White Crowned, Dwarf Crowned and Golden Crowned. They feed upon small lizards and their eggs, as well frogs and are usually nocturnal.