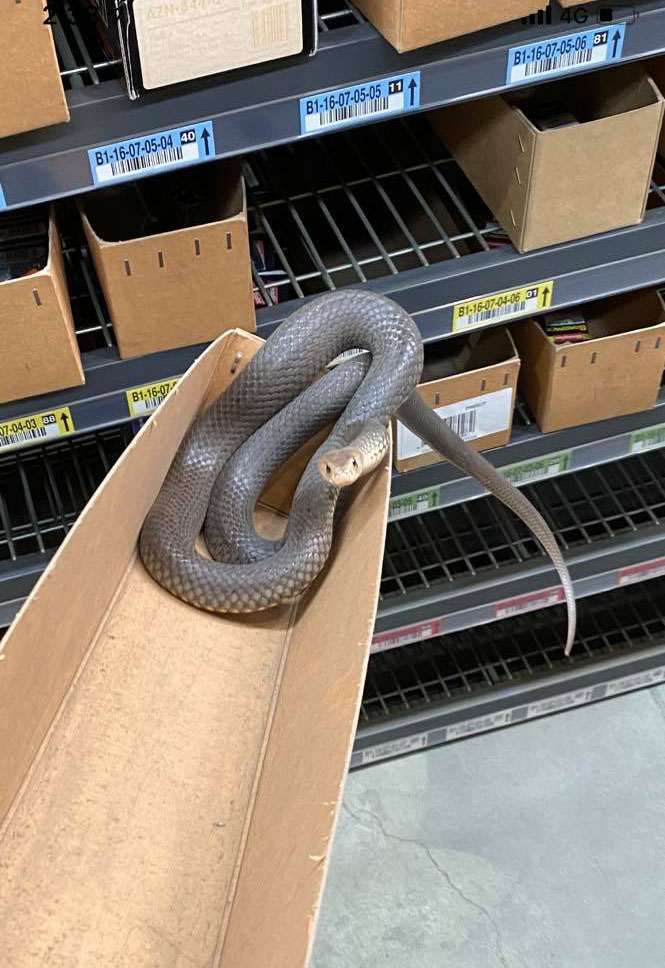 A business in Hemmant called out our snake catcher Bryce to remove this good sized Eastern Brown Snake. It was found slithering along the draws of stocking in the warehouse, almost as though it was browsing and doing a little shopping!

The Eastern Brown Snake is a commonly encountered venomous species, found throughout the Brisbane region. This species turns up in all sorts of interesting places, but the reality is most snakes are never seen by people as they go about their day.

Our catcher Bryce was able to safely remove the snake to a more suitable hiding place.