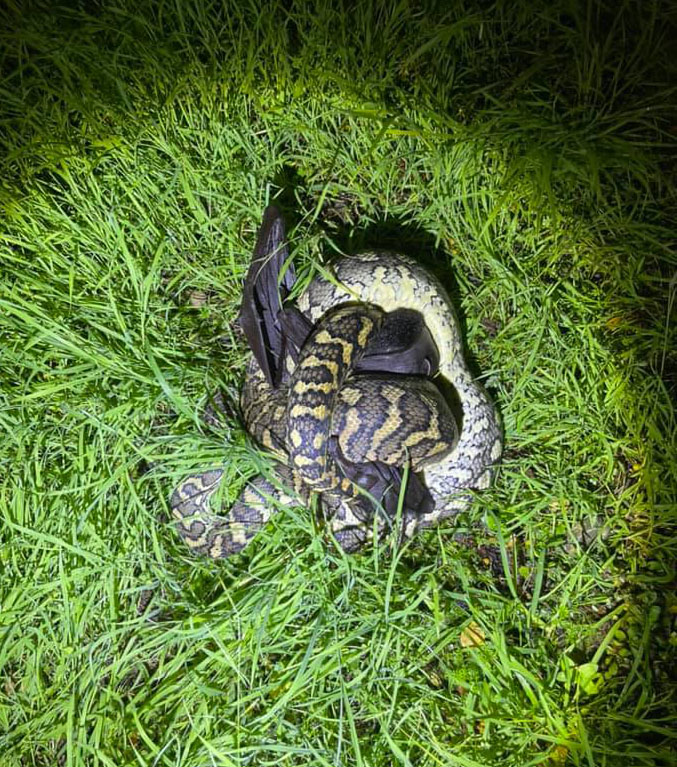 This Carpet Python was discovered by a Mount Ommaney client in the process of constricting a Grey Headed Flying Fox. Luckily for the Grey Head, by the time our snake catcher Bryce arrived the snake had just about given up and released the lucky bat. Bryce was able to relocate the snake and took the bat to a very for a check up after its ordeal.

Carpet Pythons are not venomous and bite onto and constrict their prey until they asphyxiate. The bat was unharmed other than a few scratches and a stressful evening!