Winter is coming, where will all the snakes go? Hibernation? 4 Facts 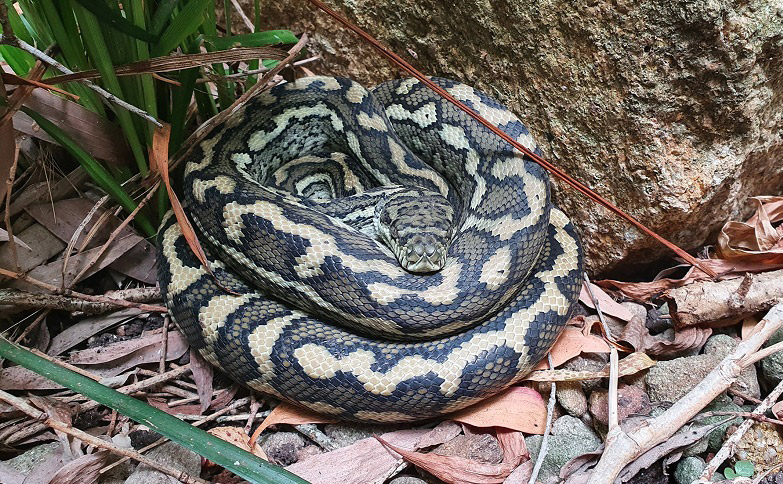 What is the difference and how does it relate to snakes?

Four different terms that mean to slow the physiological state of an animal (or plant) to reduce their metabolic state.

Let us look at them all individually.

This is the more commonly known term for “sleeping for long periods of time”. Bears are the most frequently referred to animal for long periods of hibernation. Some Australian animals hibernate including: the mountain pygmy-possum (Burramys parvus), the short-beaked echidna (Tachyglossus aculeatus) and some insectivorous bats.

Hibernation is characterised by low body-temperature, slow breathing, slow heart rate and low metabolic rate. This allows the animal to conserve energy and survive harsh winters or poor food resources. It is limited to endotherms, animals that can regulate their body temperature (colloquially known as warm-blooded). Some animals wake periodically to shiver and move around to generate heat. Hibernation is considered a long-term multiday torpor.

Torpor is a state of physical and mental inactivity undertaken by animals and plants. It is another form of dormancy in which the animal reduces their metabolic state and body temperature. Torpor can last from 1 day to several days. Australian animals such as the fat-tailed dunnart (Sminthopsis crassicaudata) use periods of torpor to survive food shortages during winter.

A carpet python found in Brisbane, Queensland by our snake catcher, Jasmine

Brumation is described as a state of sluggishness or inactivity exhibited in reptiles during winter or extended periods of low temperatures. It is a type of hibernation (a period of reduced activity or inactivity) for ectotherms, animals that regulate their body temperature using their environment, commonly referred to as “cold-blooded” animals. Snakes in SEQ will enter a state of brumation, but will still be seen sunning themselves on warm winter days.

Aestivation is a prolonged torpor performed by insects, fish, and amphibians during hot and dry periods. Hibernation, torpor and brumation all occur when the temperatures are low, aestivation other the other hand, is used by animals to survive the long, hot dry months of summer. It is sometimes referred to as “summer dormancy”.

These evolutionary roles allow animals and plants to avoid conditions that are unfavourable and conserve energy. Seasonal dormancy allows for the colonization of habitats that would otherwise be unsuitable for survival.

Learn about the snakes of the region here

Find a local snake catcher with our directory here