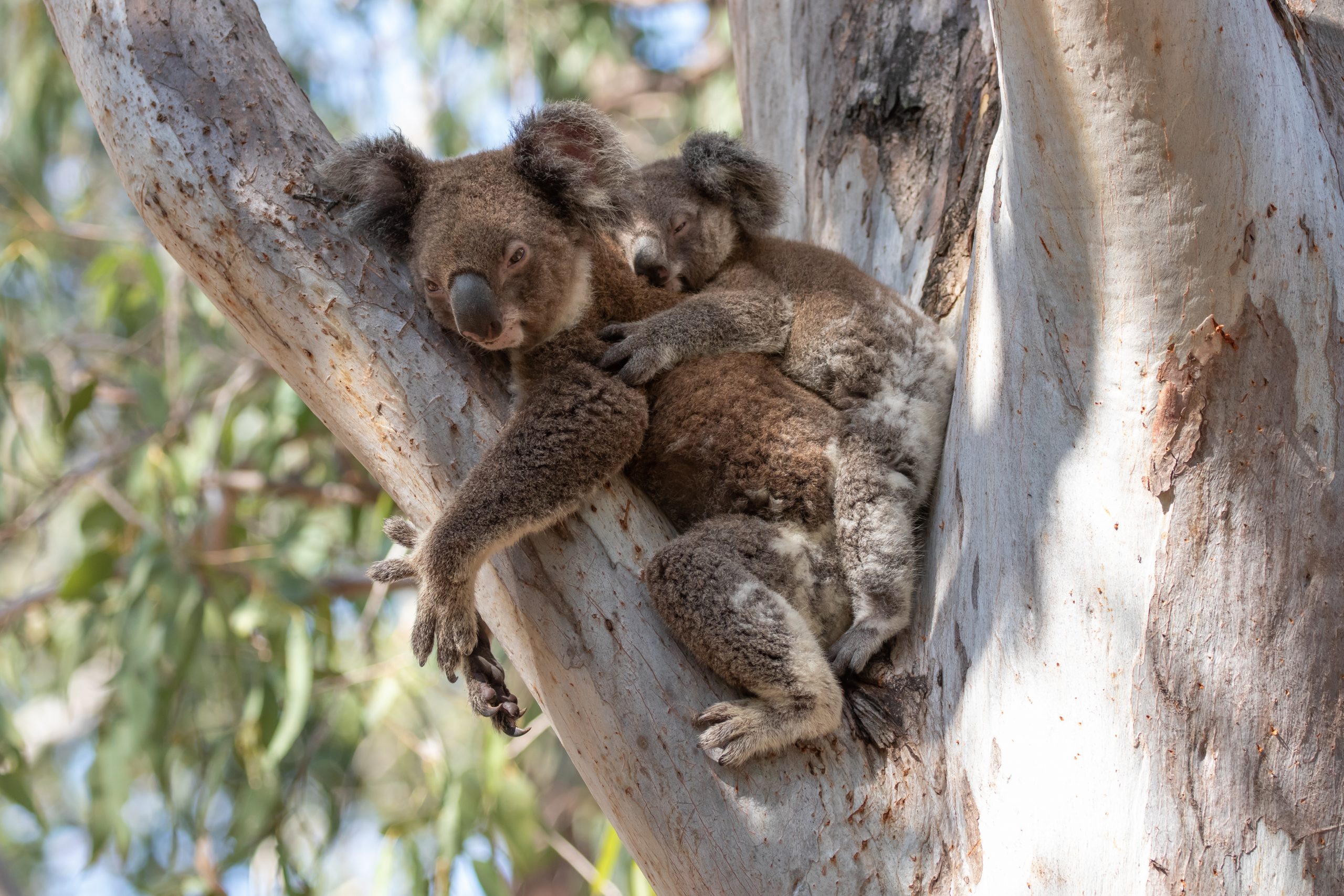 What percentage of koala (Phascolarctos cinereus) mortality can be attributed to carpet pythons (Morelia spilota) in South East Queensland?

Koalas are the most recognisable Australian animal, known around the world for their cute and cuddly appearance. As locals, we all know that koalas are vulnerable here in South East Queensland. Most people attribute their population decline to disease, however there are a variety of factors that are affecting Australia’s most iconic marsupial. Habitat destruction, trauma from cars, predators, climate change and disease are the main causes for koala mortality. In the past, it has been difficult to determine exactly what are the causes of koala mortality due to poor reporting. Previous estimates have been determined from wildlife hospital records which are often biased. Most hospital records state mortality by predation as either caused by wild dogs or livestock. However, there are several predators of koalas including domestic dogs, dingoes, dingo hybrids, foxes, lace monitors, carpet pythons, birds of prey such as wedge-tailed eagles, powerful owls, and white-bellied sea eagles.

The study “Predation by carpet pythons (Morelia spilota) is an important cause of mortality in a free-living koala (Phascolarctos cinereus) population in South East Queensland” found in the Australian Veterinary Journal, aimed to determine the importance of carpet python predation of koalas. This is important for formulating effective management strategies for species conservation. 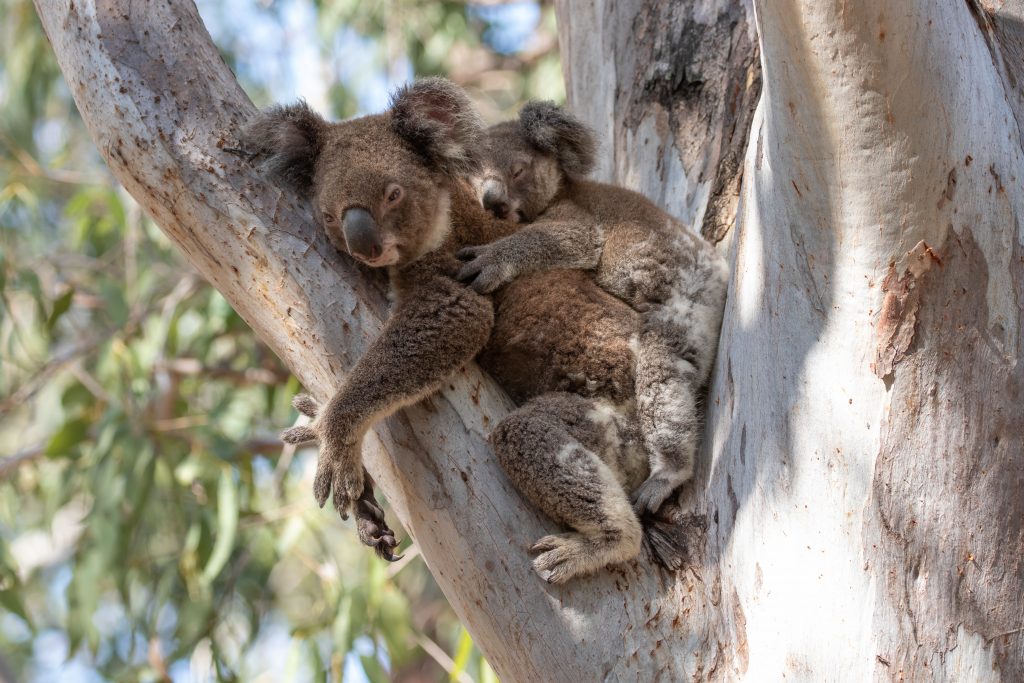 A total of 503 live koalas were captured during this study. They were examined by a wildlife veterinarian, tagged with telemetric devices (a device that collects information on the animal’s location and movement) and monitored after release over four years. Mortality was detected when the biotelemetric collars indicated low or zero activity, or during routine field surveys. Deceased animals were examined by a veterinarian to determine cause of death. To assess whether a carpet python was the cause of death, three indicators were used: A U-shaped primary bite site, slicking of the fur by python saliva and diffuse, uniform pulmonary congestion (accumulation of fluid in the lungs).

The study found that carpet pythons were important predators of koalas, second only to wild dogs (dingoes and dingo hybrids). Carpet pythons accounted for 11.6% of predation deaths and 7.2% of total deaths. However, less than half of the koalas that were killed by carpet pythons were ingested (38%). Those that were ingested had an age range of 11.5 months – 14 months and approximate weights of 1.3kg-2.9kg. The younger, smaller koalas are more likely to be predated on due to size. 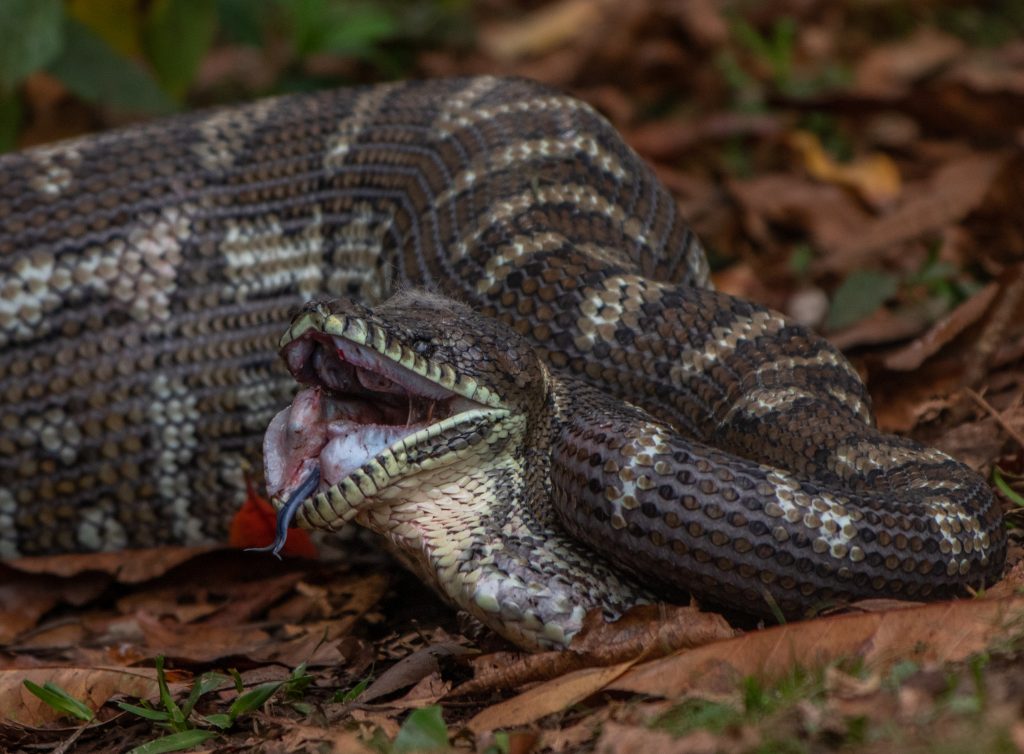 A carpet python after finishing its meal at Binna Burra. Photography by Jeff Ikin

Before this study, carpet python predation of koalas was recognised, however the relative importance to mortality had not been acknowledged. This knowledge is important for conservation management plans as it is essential to understand the factors driving population declines. Koala populations are intensively controlled to manage localised extinction; therefore, recognition of their predators is relevant to inform decisions on predator control efforts. Carpet pythons can influence a population by targeting smaller, juvenile koalas. Therefore, when determining translocation sites, carpet python density should be studied to maximise koala survival rates.

To purchase and read the full article, please follow the link below.

← Winter is coming, where will all the snakes go? Hibernation? 4 Facts 1 Regular case of mistaken identity, how to identify a harmless keelback snake →