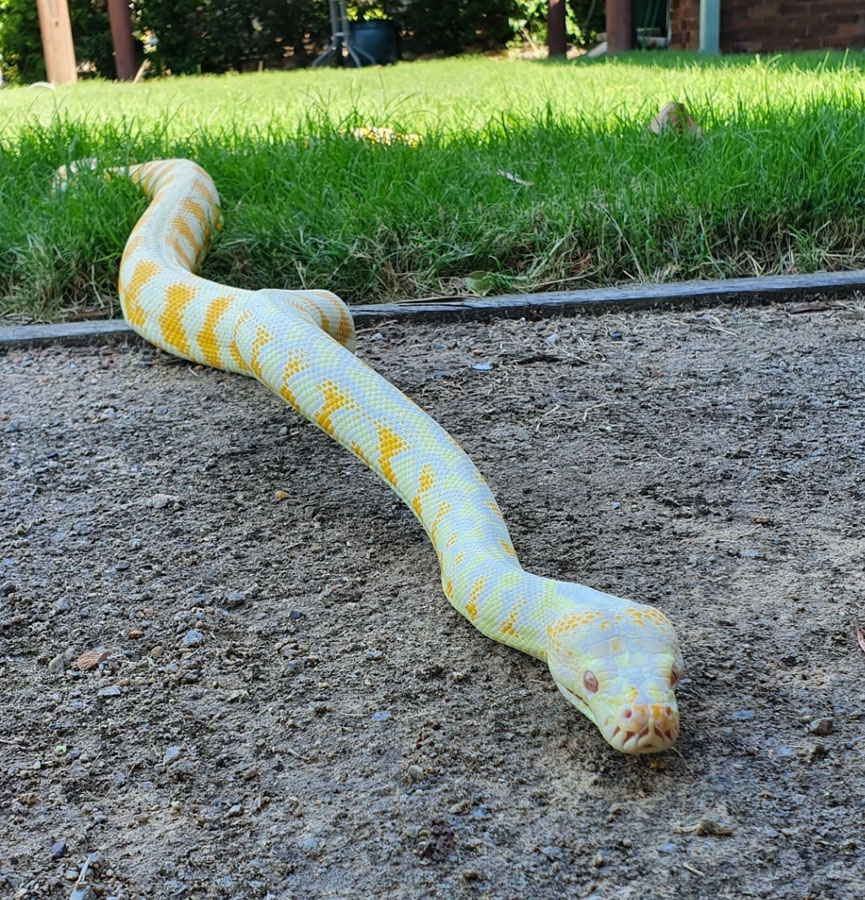 Carpet Pythons come in a variety of colours and patterns according to their locality and genes. Occasionally, albinism is passed along resulting in an entirely white and yellow snake, with bright pink eyes. Albino individuals aren’t often encountered in the wild, partly because they’re less able to safely camouflage themselves from predators.

This albino Darwin Carpet Python was caught during a snake call out in 2019, but as it was a the Darwin Carpet Python, we knew it was not a locally occurring species and thus an escaped pet. When we find escaped pets they are handed over to the Depart of Environment and Science, who seek to have them returned to their owner or adopted by someone. As no one sought to adopt him, we went through the process ourselves and he is now our office work pet. We’ve affectionately nicknamed him Walter.