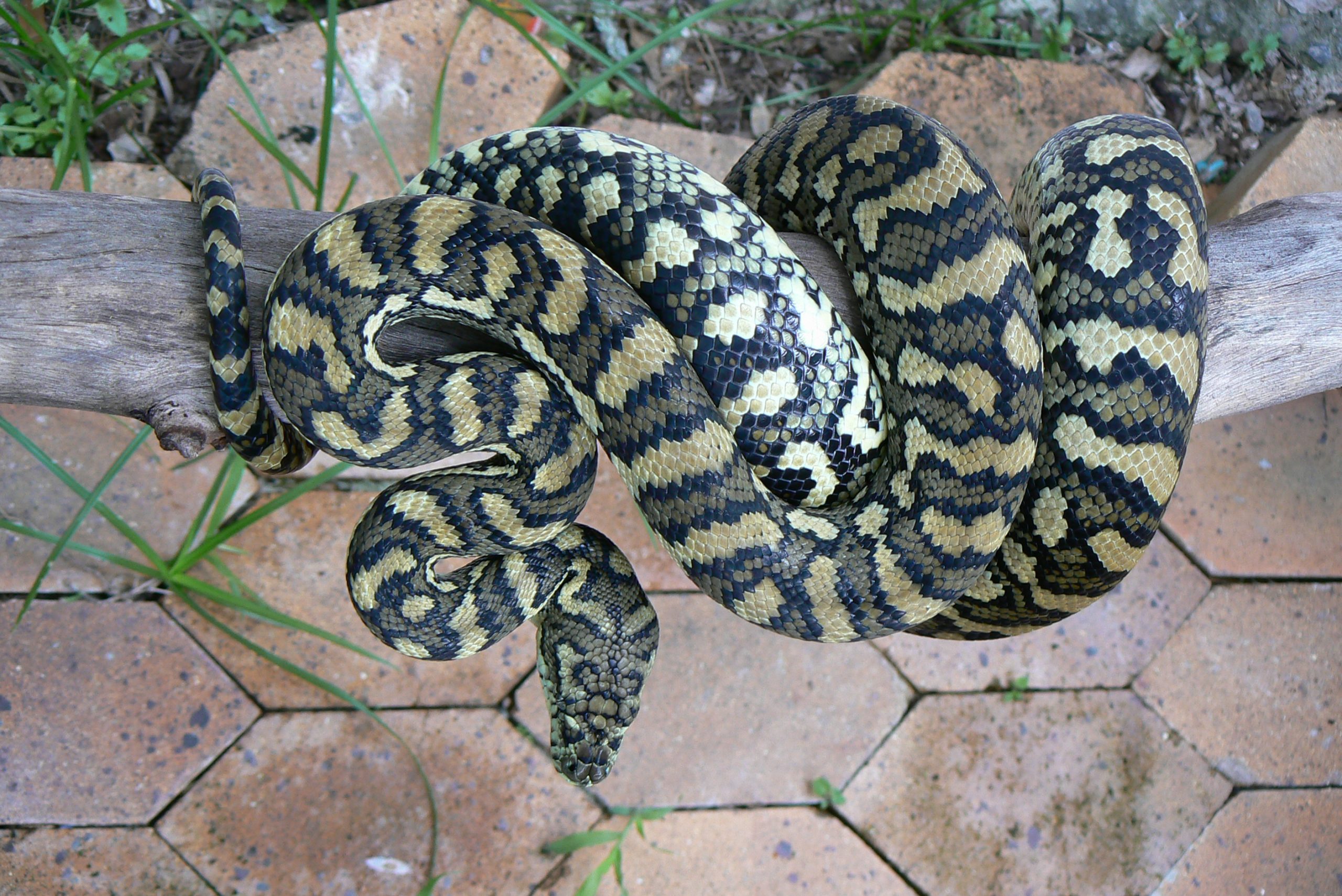 People often don’t associate Australian carpet pythons (Morelia spilota) with being talented climbers. This video, recorded by our snake catcher Reid, was taken in Eastern Brisbane, QLD. It demonstrates the excellent ability of carpet pythons to climb trees without the aid of branches or buttresses. Using their incredible muscles, the carpet python’s movement results from a series of waves that start at the head and flow to the end of its body. These “waves” of movement are produced by the muscles that lie on either side of their backbone which connect individual vertebrae. As well as small muscles along the spine, long muscles can span up to thirty or more vertebrae. These all aid in their ability to move their long, flexible body.

The carpet python’s average length is two metres, with a maximum record of four metres. The increased length of a snake results in an increase in vertebrae, varying in species from 180-400 (adult humans have 33, 24 of which are moveable). These bones are modified with accessory spines to reinforce their fragile, flexible backbone. The vertebrae are reinforced to withstand the strain and stress the muscles place on the bones. In general, movement is a result of the force produced by the muscular system and the environment surrounding it. For example, as humans we use our feet to walk along the ground. On sand this becomes more difficult as force is reduced as a result of the variability of the substrate. A snake’s muscular body supplies all the force required for locomotion. Therefore, they use each part of their body to make up for the lack of concentrated power. The propulsion of a snake results from the spine and the surrounding muscles.

Large climbing snakes, such as the carpet python in the video, use their constricting abilities and prehensile tail to aid in climbing. This method of locomotion is referred to as the concertina movement. This climbing ability has been recorded in Australia’s largest python, the scrub python (Morelia amethistina) which grows to an average of 3.5 metres long with the largest record a mighty 8.5 metres. This movement involves the snake extending the head and body forward, establishing an anchor and then contracting the posterior body and tail to that point, allowing the animal to ascend the tree. The reason we don’t see this often is due to the large energy expenditure of the behaviour as the snake works against gravity. 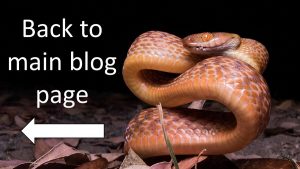